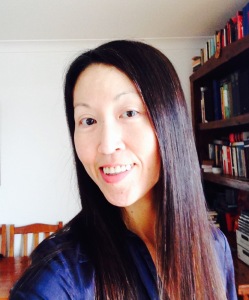 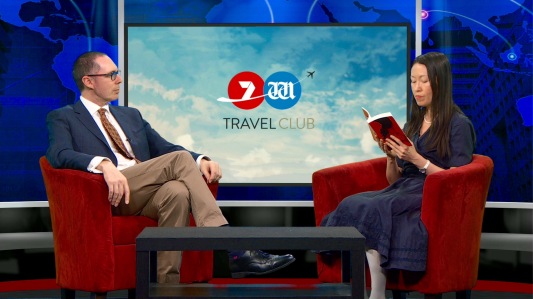 A Chinese Poet in Perth with Chinese poet Zheng Xiaoqiong.

The Right to Belong with Tim Costello, Abdi Aden, and facilitator James Lush. Further reading: an article from Kathryn Greenhill.

A Chinese Affair with facilitator Will Yeoman.

More Than Words: Translation and Interpretation

As part of the Asia TOPA at the Wheeler Centre, with Nobuko Aiso, Kylie Bracknell, and host Stephen Armstrong.

Sydney author Isabelle Li’s debut short story collection is a rich exploration of Chinese culture and language, and the dissonances and mistranslations that result through migration and cross-cultural encounters.

See Isabelle on Saturday 22nd of October at 11am for In Conversation: Isabelle Li and at 1pm for Emerging Voices.

Working With Words: Interview with The Wheeler Centre

Isabelle Li … recently released her first collection of short stories, A Chinese Affair. We spoke with Isabelle about pivotal career points, Life of Pi and risk and exposure in writing.

An Enticing Affair – in Conversation with Isabelle Li

Life can be puzzling. And yet, it’s often while we’re at our most fragmented that a writer comes along and articulates things much better than we could ever hope to.

Interview with Amanda Curtin on A Chinese Affair

It was my pleasure to work with Isabelle in the editing of the collection and I was impressed by its intelligence and depth, and the haunting beauty of the prose.

Interview with ABC International Chinese Service on A Chinese Affair

Interview with 774 ABC Melbourne The Conversation Hour with Jon Faine

Their first guest is writer and translator Isabelle Li, who came to Australia via Singapore after growing up in China. Her collection of short stories A Chinese Affair (Margaret River Press) has just been published.

The Genesis of an Affair

Interview with SBS Radio on A Chinese Affair

‘The most important Chinese intellectual of his generation.’ – Ai Weiwei on Xu Zhiyuan

Paper Tiger: Inside the Real China is a series of essays on a contemporary society in the world’s second largest economy. Zhiyuan speaks with Isabelle Li.

Interview with SBS Radio on Translating Almost Everything I Know

I believe in craftsmanship and technique. Painters and sculptors spend years training for their art, and so should writers who paint and sculpt with words. I also believe in effort. Between talent and a disciplined approach, I’d rather trust the latter.

I often write on public transport, the back of a bus, the quiet carriage of a train, the cramped aisle seat of an airplane. I write at home, and away – one writes well in the solitude of a strange city in a state of jetlagged disorientation.